Bandipur National Park is located on the eastern side of southern India in the state of Karnataka.  The national park covers an area of 337 square miles (874 sq km).

Banipur is renowned for its tiger population and is one of the national parks under the Project Tiger Initiative.  Combined with Nagarhole National Park, Bandipur is an excellent location to try and see tigers.

Bandipur, Nagarhole, Mudumalai National Park, and the Wayanad Wildlife Sanctuary work together creating the largest protected area in southern India.  Elephants and tigers are two of the endangered species India is invested to protect.  The collective parks account for 843 square miles (2,183 sq km) of protected habitat.

Dry deciduous forest account for the majority of vegetation in the park, however, there are various biomes present.  Moist deciduous forests, shrublands, riverbeds, and plateaus make up the landscape of the park.

Himavad Gopalaswamy Betta is the highest point found in the park.  There is a Hindu temple located at this spot adding a cultural and historical facet to your nature exploration.

The abundance of dry and moist deciduous forests and other accompanying vegetation create an amazing habitat for wildlife.  Wildlife is what brings most people to the national park.

The tiger population has grown and repopulated over the past several years.  Although Bandipur features the second largest population of tigers, they can still be a challenge to see because of the dense vegetation.  Along with the tigers, the park is home to other endangered species including Indian elephant, sloth bears, jackals, four-horned antelope, gaur, and the Indian giant squirrel.

Many people hope not to see these, but Bandipur is also home to the Indian rock python, spectacled cobra, various vipers, monitor lizards, flying lizards, and the Indian chameleon.  Some species may be more desirable to see than others.

There are over 200 species of birds that call Bandipur home.  Peafowl and jungle fowl are the species most likely to be seen.  Indian rollers, bee-eaters, kingfishers, osprey, and changeable hawk-eagles are some of the more desired sightings. 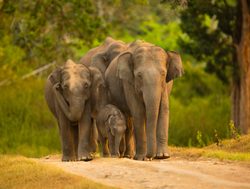 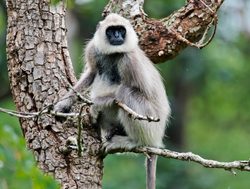 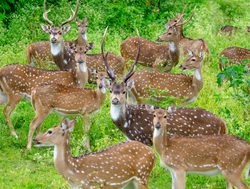 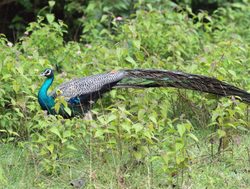 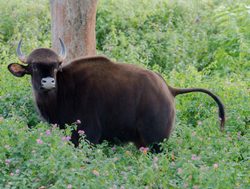 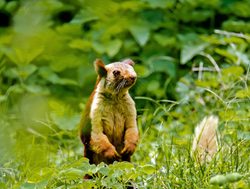 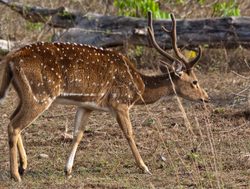 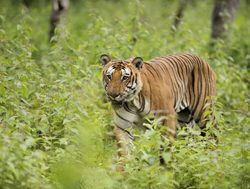 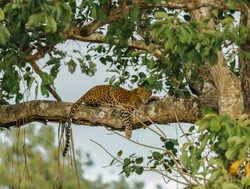 Tigers are the highlight of Bandipur and the feature that brings most people to the park.  The park delivers the second largest population of tigers throughout India.

Although it is a good place to bird watch, take a game drive, and see a variety of nature.  The tigers are the highlight that most people come to Bandipur hoping to experience.

There are no hiking trails in the national park.  The abundant wildlife and presence of tigers make trekking out of the realm of possibilities.