Aggtelek National Park is located in the northern part of Hungary along the border of Slovakia.  The park covers an area of 76.80 square miles (198.92 sq km).

The national park combines natural facets of wilderness and wildlife above ground while featuring a system of caves scattered across the park.

There are 280 different caves blanketed across the park’s boundaries.  The caves all vary in sizes as well as differ with cavern features and characteristics.  The terrain is primarily comprised of limestone.

The caves are part of the Aggtelek Karst and continue across the border into the Slovak Karst.  Collectively, the caves and karsts are recognized as a UNESCO World Heritage Site.  Aggtelek is also rich in cultural heritage featuring a number of castles, palaces, forts, museums, and forts.

The terrain above ground is also exciting serving as habitat for a variety of wildlife species.  Some of the more hopeful sightings include the gray wolf, Eurasian lynx, red deer, and the wild boar.  Birdwatching is also a popular activity featuring the eastern imperial eagle, saker falcon, kingfisher, and many others. 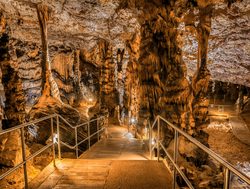 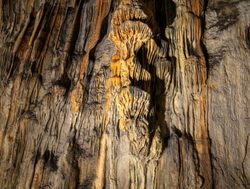 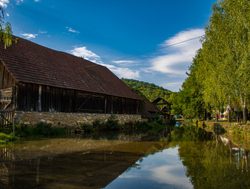 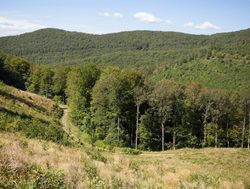 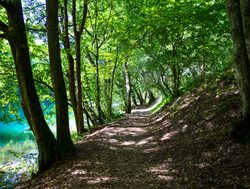 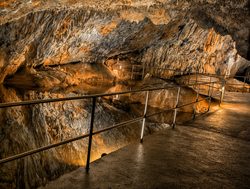 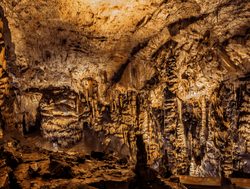 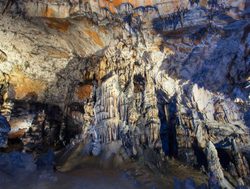 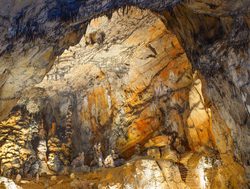 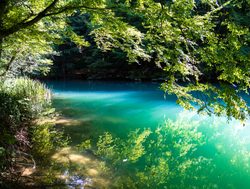 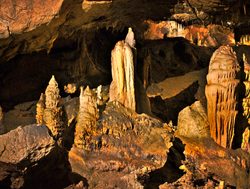 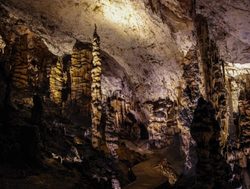 Sightings of wildlife above ground are some of the highlights for many travelers.  However, the 280 different caves of Aggtelek are what draws most people to visit the park. Exploring the caves is the highlight for most people. 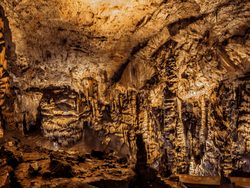 Baradla Cave is more officially known as the Baradla Domica cave system.  It is part of the larger Aggtelek Karst and system of caves found in the national park and spreading into Slovakia.

The entire cave system stretches across 15.84 miles (25.5 km) and extends into neighboring Slovakia.  From within the national park, visitors can explore the primary channel over a distance of 4.3 miles (7 km).  It is the largest and most majestic cave in Hungary.

There are a few large chambers along the path which averages about 33 feet (10 m) in width and 23 to 26 feet (7 to 8 m) high.  The cave provides excellent displays of stalactites and stalagmites as well as other cavern features.

The Peace Cave is an attraction for those who seek the therapeutic properties which seem to be associated with the cave.  The cave serves as a sanatorium for the purpose of helping those with asthma.

The Peace Cave is not known for displaying traditional cave formations with the biggest interest being more aligned with hopeful health benefits.

It is amazing how many different cultural and historical treats are located within the boundaries of the park.  The Pauline Monastery and the L’ Huillier Coburg Castle are two of the favorite attractions, however, there are multiple manor houses village museums, old churches, and other monasteries.

Hiking the trails of Aggtelek National Park is the most popular activity visitors leverage to engage the wilderness and natural facets of the park.  There are numerous hiking trail options available to explore the park.

There are three different guided tours ranging from 4 to 7 hours depending on the amount of time you want to spend in the cave.

Aggtelek serves to protect the extensive cave system and the enchanting Baradla Cave.  The park authorities also created zones of the park which may only be explored on designated paths so to protect the wilderness and habitats that support the wildlife.

The park is also the first park in Hungary that collaboratively protects abiotic values, architectural features, and the referenced cave system.