Jade Dragon Snow Mountain is an enormous mountain with an elevation of 18,360 feet (5,596 m).  There are several peaks on the massive mountain with the highest summit accounted for by Shanzidou peak.

The mountain is also known as Mount Yulong as well as Yulong Snow Mountain.  The mountain is the anchor of the Yulong Mountain range which continues further north.

Black Dragon Pool is a pond located in the Jade Spring Park near Elephant Hill.  This is considered one of the more scenic views of Jade Dragon Snow Mountain.  Views of the mountain during an ascent are also breathtaking.

There is a cable car that takes visitors to an observation platform sitting at 14,783 feet (4,506 m) with stunning views of the mountain.  The more adventurous can continue hiking up to a second observation area at 15,350 (4,680 m) which provides better glimpses of the snowy summit.

Tiger Leaping Gorge is a picturesque canyon that follows along the Jinsha River at the base of Jade Dragon Snow Mountain.  The name is derived from a story featuring a tiger that escapes hunters by leaping across large rocks in the river at the narrowest point.  Although narrowest, the river still measured 82 feet (25 m) wide.

The Tiger Leaping Gorge stretches a distance of 9.3 miles (15 km) as it traverses through the renowned Jade Dragon Snow Mountain and the neighboring Haba Snow Mountain at 17,703 feet (5,396 m).  The river creates rough rapids as it navigates through the steep cliffs of the canyon and rocks below. 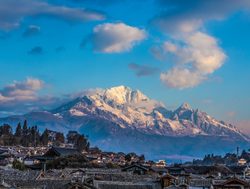 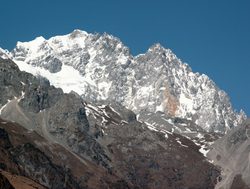 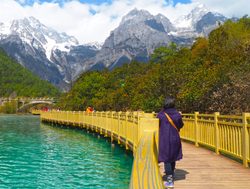 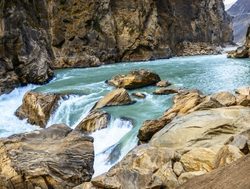 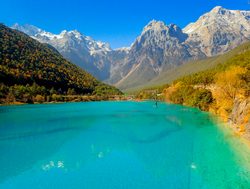 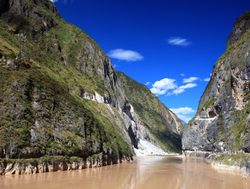 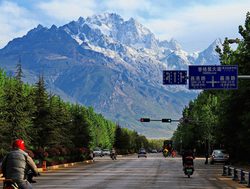 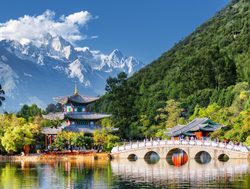 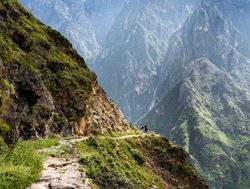 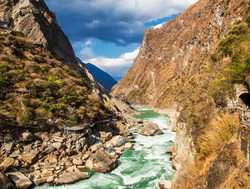 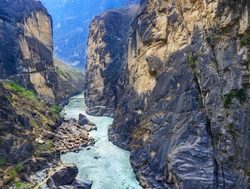 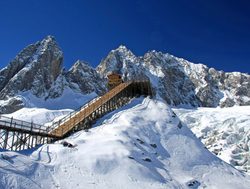 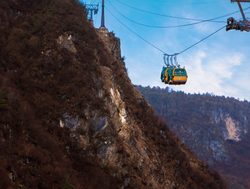 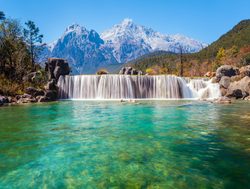 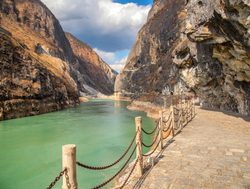 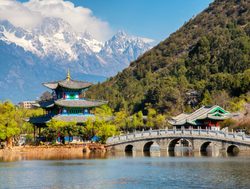 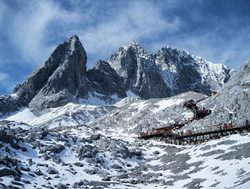 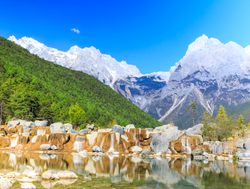 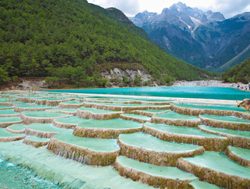 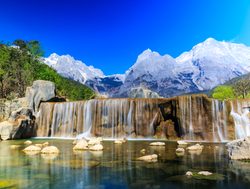 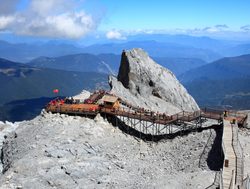 The views from the ascent and summit of Jade Dragon Snow Mountain are phenomenal and one of the key highlights of the park.  The stunning Tiger Leaping Gorge leaves visitors speechless as they hike along with one of the deepest canyons in the world and gaze up at the magnificent canyon walls.

Those who are not interested in hiking the Tiger Leaping Gorge can see much of it by road allowing people to see rockslides, waterfalls, and the overall gorge.

The entire trail along the gorge is well-maintained and stretches a distance of 14 miles (22 km).  There are guest houses along the way to stop and rest, however, they are not heated.  Hikers who engage the trail will experience the magnitude of the canyon and gorge in full as well as micro-ecosystems and waterfalls.